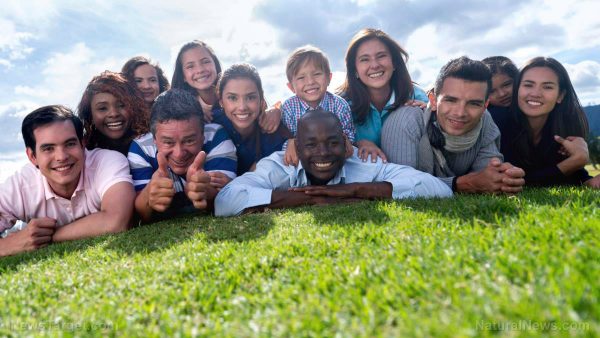 With the ever-increasing number of news reports about violence and discrimination against minority groups, and the rise of groups like Black Lives Matter, it has begun to feel like there is a huge racism problem in the United States that needs to be dealt with quickly and decisively. White people are presented as racist aggressors, while minority groups are portrayed as helpless victims of racial abuses. The results of a recent study by a group of university professors, led by Professor Brian Boutwell, Ph.D., an associate professor of criminology and criminal justice at Saint Louis University, are therefore quite astounding: The vast majority of Americans – irrespective of race – have never experienced discrimination.

Campus Reform recently reported that the research team surveyed more than 14,000 Americans across all racial backgrounds, and found that only 25 percent had ever experienced some form of discrimination.

“For the entire sample, about 25 percent claimed they had felt discriminated against. It was lower than what we might have thought going into it,” Boutwell noted.

Even more interesting was the fact that this discrimination was experienced across the spectrum, not just by minorities, with 31 percent of blacks, 27 percent of Hispanics, 23 percent of whites, and 18 percent of Asians reporting being on the receiving end of discrimination “sometimes” or “often.” (Related: Find out what’s really triggering all the social unrest in the United States at Rioting.news.)

It was also noteworthy that the majority of the respondents indicated that the discrimination they experienced was most often not racially motivated, but involved “personal appearance or political views.”

Of course, the average of 25 percent of the population being discriminated against in some way is far from ideal, but it certainly raises the question of why so many groups like Black Lives Matter have surfaced in the recent past. It also begs the questions: Are these groups not just fueling a flame of racism that has been slowly but surely dying over the last few decades? Are they not likely to cause more harm than good by making people feel that racism is more of a problem than it truly is? (Related: Reverse racism on parade – Universities tell students they can’t have student unions because they’re white.)

This was clearly illustrated recently when minority students at the University of Mississippi were triggered into a state of total hysteria because one thoughtless student threw a banana peel into a tree and the leader of a black sorority thought he was casting racial aspersions at black people.

Commenting on the incident, Interim Director of Fraternity and Sorority Life Alexa Lee Arndt told the Daily Mississippian, “To be clear, many members of our community were hurt, frightened, and upset by what occurred at IMPACT. Because of the underlying reality many students of color endure on a daily basis, the conversation manifested into a larger conversation about race relations today at the University of Mississippi.”

Events were cancelled, many students felt unwelcome and unsafe, and many were moved to tears. The university, of course, fueled the flames some more by taking the whole thing really seriously and allowing affected students “space” to deal with the incident, and providing measures to help them “process what happened.”

This was nothing more than one woman’s total overreaction to the thoughtless actions of a kid too lazy to toss his banana peel in the garbage, creating a “racial incident” where none existed. All the minority kids affected by this incident will now feel that they have been the victims of racial discrimination, when in fact, no such discrimination took place.

Parents, teachers, the media and all those in the responsible position of disseminating information, need to be very careful what messages they send to young people. We are creating a generation of kids who feel vulnerable and exposed to discrimination, even where no such discrimination truly exists – and that’s just cruel.